What is the Highest Form of Intelligence? 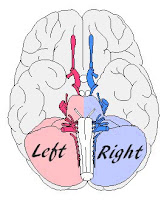 What is the highest form of intelligence? To find the 'highest form of intelligence', the place to start is the 'lowest form of intelligence', then work our way up and see where it takes us.  This exercise was started, very effectively, by Frank T. Vertosick Jr. in the book, The Genius Within: Discovering the Intelligence of Every Living Thing. Unfortunately, Vertosick stopped short of the goal, probably due to the common error in scientific thinking - that we must separate 'science' from 'spirit'.
Intelligence comes from life. Rocks, planets, and even stars are not alive - they don't have any intelligence, nor any need for intelligence. They have no goals, no reason to develop or apply intelligence. The lowest form of intelligence resides in chemicals that learn to cooperate to reproduce. Vertosick wrote "When I speak of intelligence, I mean the general ability to store past experiences and use that information to solve future problems. I'm not limiting my discussion to human intelligence... I call this 'brain chauvinism', and I will refute it by showing that all living things -- even those entirely devoid of nervous systems -- can (and must) use some sort of reason to survive... In other words, to be alive, one must think."
Vertosick then goes on to explain the source of intelligence "This book looks at intelligence as an emergent property of large groups. An emergent property is a property manifested by the whole group, even though the same property isn't apparent in any of the individuals comprising the group.... human intelligence is an emergent property of groups of nerve cells. And immune intelligence is an emergent property of a group of immune cells, cellular intelligence is an emergent property of a group of enzymes, and so on.... Networks are the basis of living intelligence in all scales of life from cell to ecosystem."
Vertosik missed a small point.  It's not 'groups' that are intelligent, it's communities. Groups of rocks or groups of planets, or groups of stars have no need for intelligence.  They do not act with intent, and do not benefit from any of their 'actions'.  Communities, communities of individual entities that compete and cooperate, create intelligence.  Communities of chemicals, that persist long enough to create communities of life, create intelligence.
Cooperation and competition are two sides of the coins of life, actions in a community. Like left and right, light and dark, inside and outside, each must exist for the other to exist.  Community is a group of life entities acting as a group.  Every community of cells is a community of cooperation and competition.  Even actions that are taken in self-interest, often aid the community, if only by producing stronger siblings. Even actions that are intended to be cooperative, can be interpreted as self-interest, if only to ensure the health, life, and reproduction of your siblings.
Genes and other genetic components network and compete and cooperate to create the component of DNA, of viruses, and of life. This networking, competition, and cooperation creates life, health, and intelligence from lower level components.  These form networks, or communities, with other active chemicals, enzymes, etc. which compete and cooperate to create cells - which have a higher level of intelligence that simple genetic components, viruses, etc..
Cells compete and cooperate to create cell masses and then tissues comprised of different cell types, that have intelligence higher than any simple cell. Cell masses and tissues compete and cooperate to create a body, with limbs, bodily organs, and organ systems through competition and cooperation that rises above the intelligence of cells. The body develops sensory systems, that evolve into nervous systems - an even higher level of intelligence.  Nervous systems mass and compete and cooperate to create brain components for vision, hearing, etc that are more sophisticated in their ability to sense, to learn, to predict.  Brain components compete and cooperate to create the mind, which rises above the body and learns to control the body.  A higher level of intelligence.
Vertosick stops here and does not proceed further up the hierarchy in a comprehensive fashion. However, this hierarchy of life is also the hierarchy of healthicine (Hierarchy of Healthicine- History and Exploration), and we can use that model to rise higher in the levels of intelligence.
Minds and spirits evolve together.  Every mammal clearly has 'spirit', feeling and acting excited, depressed, happy, hungry, etc. at different times. When we look closely, even a single cell has the spirit of life, and a community of cells has higher level spirits. As we climb the hierarchy of life, these feelings rise above the level of 'senses' and above the simple functions of the mind - memory, calculation, etc. The spirit that emerges from mind components working together, competing and  cooperating, creates a higher, more intelligent intelligence.
Above spirits, we have communities of people. Which would include communities not just of body, not just of minds, but communities of spirits as well.  Clearly communities of people can remember more, and resolve problems that single humans cannot resolve.  We can write problems down, and work at them over centuries, and solve them by community cooperation and effort over time. History provides many examples of intelligence of communities operating over hundreds of years.


to your health, tracy
Founder: Healthicine
Posted by Tracy Kolenchuk