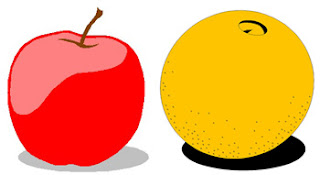 If you listen to the news, you may have heard some noise about a new breast cancer detection tool, called thermography, or thermogram.  I've seen news reports stating:

And the following quote from an authority figure:
"It's not effective at detecting breast cancers,” said Gillian Bromfield, senior manager of cancer control policy at the Canadian Cancer Society. “It misses the large majority of breast cancers and, on top of that, it also detects cancers when there actually are none."

It all sounds very 'newsworthy', but what are the facts? News reporters prefer to quote authority figures, it's easier than doing an analysis of the facts.

Maybe we should start first with mommograms - to set a baseline. What is a mammogram used for? What is the success/failure rate?  How many cancers does it detect when there are none?

According to the American Cancer Society, "A mammogram is an x-ray exam of the breast. It is used to detect and evaluate breast changes."  Note, they do NOT claim that a mammogram detects or diagnoses cancer.  About thermograms, they say "Newer versions of this test are better able to find very small temperature differences. They may prove to be more accurate than older versions, and are now being studied to find out if they might be useful in finding cancer."

The Canadian Cancer Society says "A mammography exam is a low-dose x-ray." Note, they also do not claim that a mammogram diagnoses cancer. They describe it as a 'screening test', and go on to say that: "Diagnostic tests will be done if the signs and symptoms of breast cancer are present, if the result of a mammography is abnormal, or if the doctor suspects breast cancer."

A mammogram is a screening test.  If it shows abnormal results, further analysis is required to diagnose cancer, or to learn that cancer is not present.  What is the statistical effectiveness of a mammogram?

The Journal of Medical Screening published a research paper monitoring mammograms in Helsinki, Finland, and reported "The estimated sensitivity of the screening programme was 58%; and 53% if corrected for overdiagnosis."  eg. Mammograms are about 50 percent effective as a screening test for cancers. Their conclusion: "The study provides further support to the hypothesis that service screening with mammography reduces the risk of breast cancer mortality." eg. A screening test that has about 50 percent effectiveness reduces the risk of breast cancer mortality.

The Journal of Clinical Oncology published a report comparing mammography, breast ultrasound, and Magnetic Resonance Imaging, to monitor breast cancer in a group of women at high risk of breast cancer. They found the effectiveness of mammography to be low - 33%. Ultrasound was found to be 40%, and MRI was found to be 93 percent effective.  Their conclusion: "Mammography alone, and also mammography combined with breast ultrasound, seems insufficient for early diagnosis of breast cancer in women who are at increased familial risk"

Mammograms are an inexpensive useful first screen tool in cancer protection, but not terribly effective at detecting breast cancer, and according to some studies they indicate cancer in a number of situations where cancer does not exist. According to Wikipedia, mammograms have a false positive result in about 80 percent of cases where investigation is indicated, and between 10 and 30 percent false negatives, where cancer exists but is not found.

The New England Journal of Medicine recently published a research paper that studied 30 years of mammography statistics, in a paper titled "Effect of Three Decades of Screening Mammography on Breast-Cancer Incidence"  The author's conclusion: "Despite substantial increases in the number of cases of early-stage breast cancer detected, screening mammography has only marginally reduced the rate at which women present with advanced cancer. Although it is not certain which women have been affected, the imbalance suggests that there is substantial overdiagnosis, accounting for nearly a third of all newly diagnosed breast cancers, and that screening is having, at best, only a small effect on the rate of death from breast cancer."

The Radiology Journal reported a review of 16,000 studies of "Thermography, Mammography, and Clinical Examination in Breast Cancer Screening" and found that thermography had a success rate of 39%, eg. in a similar range of effectiveness as mammography.

It is important to note that use of thermography to detect breast cancer is not some 'new technique'.  It was introduced as a screening tool in the 1950s but was dropped when it was found to be not as effective as other techniques.  Today, thermography uses much newer technologies and may have significantly improved.  It's certainly difficult to tell based on the rhetoric from cancer societies.

Is this a case of the pot calling the kettle black?  Clearly, based on these research papers, the quote by Gillian Bromfield, senior manager of cancer control policy at the Canadian Cancer Society - “It misses the large majority of breast cancers and, on top of that, it also detects cancers when there actually are none," could just as easily have been a quote about mammograms. Is Gillian a doctor? No she is not (neither am I).

Or is this a case of Coke vs Pepsi?  Maybe that's a poor comparison.  Coke and Pepsi are equally BAD for your health (even though they are marketed as making you feel good). Maybe the comparison is more like apples vs oranges.  Eg. Both are useful, and they provide different health benefits.  Both are good for us.

Are mammograms, or thermograms the best tool for initial breast cancer screening?  That's a difficult question. At present the cost of a mammogram is less, but that may be a result of higher use.


What do we need?

The cancer societies tout 'early detection' as their goal.  With early detection, we can, supposedly, treat earlier and have better chances of survival. The truth is more complex.  Breast cancer, like all cancers, is very complex. There are different types of breast cancer - none of the screening tools measure what type might present (so far). The screening tool indicates a need for further analysis and possibly treatment. The earlier the 'detection', the higher the likelihoods of false positives, and associated costs and dangers.   I was in Argentia when the president had a diagnosis of cancer in her thyroid gland, had the gland removed surgically, and subsequently learned that there had not been any cancer present. Many men (I am a male) have their prostrate glands removed, only to learn later that there was no danger.

We need a tool that is inexpensive enough, and simple enough to detect and cancer-like growths over time.  In our current medical paradigm, we aim to 'detect cancer' and to 'aggressively treat cancer' once it is diagnosed. I believe this is not the most effective approach.

We need a tool that is inexpensive, non-invasive, and provides continuity.  Breast cancer does not develop overnight.  It takes years, decades. The Canadian Cancer Society recommends that women over 50 receive a mammogram every two years.

We need a tool that facilitates HEALTHING of breast cancers. We need a tool that helps us to avoid the dangers of surgery, chemotherapy, etc., by techniques that slow or reverse the cancer like growths before they become serious.

Early detection is not enough. We need early detection AND techniques that are appropriate for 'early detected' cancers. These techniques should be based on healing, not on killing, on treating the body as a healthy tool, not as a cancer victim.

If we develop a tool that can detect breast cancer like growths in the first few years - long before they might be detected by a mammogram?  It would probably have a very high incidence of 'false positives'.

However, if we use this tool regularly, over time, we can see the progress of these growths and track their progress - long before there is a diagnostic need for surgery or chemotherapy.

If we can detect, and track the progress of such growths, we can learn many things:
- which are more likely to grow into cancer
- what healthy behaviors enhance or inhibit their growth

Is thermography this tool.  As long as we keep searching for a tool 'like mammograms', we will only find tool that, like mammograms - are only used to screen for a diagnosis, which will result in serious, dangerous further diagnosis and treatment protocols.

Unfortuntely, the cancer societies operate on a medical paradigm. Search and destroy illness.  They know nothing about health.

Both the thermogram and the mammogram are designed to search for illness. They do not measure 'healthiness', they measure 'presence of illness' (or not).

What about me?  If I was a woman, would I want a regular mammogram?  Of course.  Even a 50 percent chance of finding cancer is better than none - even if there is a high chance of mis-diagnosis.  But I would want a thermogram too.  We may learn, in the long term, that mammograms and thermograms are each most effective at finding, or discriminating between different types of cancers. But not it we throw one out because it only performs 'no better than' the other.

It appears that mammograms, and thermograms, are at best 'tied in fourth place' for their ability to detect cancer (behind a clinical diagnosis, ultrasound and MRI techniques).  But mammograms lead the field because they are relatively inexpensive, and also because they are the incumbent. It also seems clear that thermograms and mammograms detect and measure 'different indicators' of cancer.  As a result, a combination of both will give more complete information.

There are many different types of breast cancer, and different ways to classify breast cancers.  We might learn that mammograms are more effective tools to indicate some types - and thermograms are more effective tools at indicating other types.
The USFDA (Food and Drug Administration) and Health Canada both claim to be 'looking after your health', but they are doing their best to STOP YOU from to getting a thermogram - even if you pay for it yourself.

In the long term, both mammograms and thermograms might evolve into a less expensive, more effective cancer screening tool - but not, it seems, if the USFDA and Health Canada have their say.

Everyone has a right to life, liberty, and the pursuit of heathiness.  I only wish our medical communities and our government would spend a bit more time pursuing healthiness instead of arguing over the fourth best technique for pursuing illness.

You can find another interesting post about mammogram vs thermogram here:
http://www.arizonaadvancedmedicine.com/Articles/2013/June/Mammography-vs-Thermography-Debate-2013.aspx

This article has been reposted by AGMCLIMAS.COM without credit to author or blog.