When Doctors hate Doctors We all Lose Health 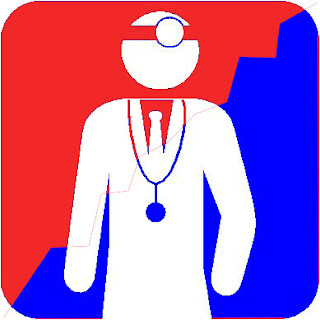 Medicine is broken. Fractured. We need medicine based on love, on caring, on helping each other.  Instead, much of modern medicine is based not just on competition, but on hatred.

Of course it's not everyone, and for the most part, I don't believe it's personal. Few, doctors, hate other types of doctors.

It's the system. The so called 'conventional medicine' system. It's a paradigm that hates other paradigms.

Dakota, visits a doctor with a problem that's been bothering them for some time.  Dakota has some symptoms, but no idea what caused them, not sure when they started or what might be. The doctor gave a diagnosis, a name for their disease, and a prescription for a medicine.  The medicine is a treatment - the word 'cure' is not mentioned, or maybe the doctor says "there is no cure". The doctor says "take this for a while, and we'll see what happens".  The medicine is a symptomicine.  It helps the Dakota feel better, but cannot cure. Most medicines are symptomicines, working well for illnesses that pass with time, but not so well for illnesses that persist. Symptomicines make you feel better, as your illness progresses. Dakota takes the medicine, and feels better, but there is little change. Gradually, the problem gets worse, and the dose is increased. Dakota begins to notice some effects.
So. Dakota visits an alternative medical practitioner, maybe a chiropractor, or an osteopath, or a homeopath, or a naturopath, or a traditional Chinese medicine practitioner, or an Ayurveda doctor. The medical practitioner recommends a different treatment, and in a short time, they are cured. The disease disappears completely.
What does 'medicine', the study of medicine do? How does the science of medicine learn from this experience?  It simply does not.  Modern medicine ignores cures. Cures are not documented, not counted. There are no statistics for cures. When Dakota goes back to the first doctor, the response is 'interesting'.  But nothing more.  Perhaps an additional comment of "maybe it's just in remission". Modern medicine has serious challenges differentiating between remission and cure.
Whether Dakota is cured by a Traditional Chinese Medicine doctor, or a chiropractor, or a homeopath, or a naturopath, or a hand waving mystic - nobody cares. Even when cured by a conventional doctor - if the disease was not caused by a parasite - Dakota's cure is not recognized, not counted. If Dakota is cured by a homeopath - almost no one will believe it. If cured by a TCM, a Traditional Chinese Medicine practitioner, Dakota might tell all of your friends. But if the original doctor is not interested. Some doctors might be less than interested, they might be hostile. If Dakota was cured by a chiropractor, many friends - some of them doctors, will tell stories about cures by chiropractors, and about problems as well.  But professionally, no conventional doctor will investigate or try to learn - much less to teach their profession, about Dakota's cure. If cured by healing touch, Dakota's cure will be dismissed as 'placebo effect'.  If cured by a shamanic medicine, modern medicine might attempt to find the medicine used, and patent it - but mostly it will be ignored.  If cured by a naturopath, no one but Dakota's close friends will believe it.  If cured by an osteopath, even Dakota's doctor might grudgingly respect the cure, but will not investigate. Professional medical associations don't hate osteopaths, they just ignore them, and their cures as well.
Medicine is fractured. Modern medicine often fails to cure, and ignores cures when they occur. It's actually worse than that.  Modern medicine (although maybe not your doctor) demonizes other practices of medicine - more so when they cure, because modern medicine fears cures. The word cure is often forbidden.
There are entire communities of 'alternative medicine' bashers, who dedicate their time to dismissing entire medical systems, including any cures they produce. Some call themselves 'quack watchers'.  They have a 'quack detector'.  Like the child with a hammer - to whom everything looks like a nail. To a quack watcher - every alternative treatment and every cure looks like a quack treatment or a quack cure.
Do chiropractors cure patients? It's not hard to find a patient who claims to have been cured by a chiropractor. It's also easy to find doctors who hate chiropractors.  Do homeopaths cure patients? Ditto. Do shaman's cure patients? "do you really want to risk your health to a witch doctor?"
Of the many schools of medicine, only two make significant use of the word 'cure'.  Many current conventional medical dictionaries do not contain the words 'cure, cures, cured, nor incurable'.  Chiropractic was developed on a theory of cause and cure: that manual manipulation of the spine can cure disease. But I don't think many chiropractors today take this theory literally. It's simplistic to the point of nonsense - even though in some cases it does produce cures. Homeopathy has a different theory, that "like cures like", that medicines that cause similar symptoms, can bring about cures.  It's pure nonsense.  But there's worse nonsense. Conventional medicine pays so little attention to the word 'cure' that there is no serious challenge to that basic theory of homeopathy. Instead, arguments against and studies of homeopathy are all about the dose, not the results.
Homeopathy is probably the most extreme example of our fractured medical system. Many homeopathic medicines, contain, in theory, NO ACTIVE INGREDIENTS. But sometimes homeopathic treatments succeed, after conventional medical treatments have failed. Maybe you've heard of meta-studies 'proving' that homeopathy doesn't work? Look closer. They're structured nonsense. Studies of specific homeopathic medicines, in clinical study settings, with specific medical conditions. No one dares to test 'homeopathy' as a medical system - to understand when and how it produces positive or negative results or cures. Nobody cares about cures. No conventional doctor, no real medical scientist or researcher wants to understand the truths of homeopathy. Cures are dismissed as 'placebo effects'. But no medical scientist or researcher works to understand placebo effects either. "Placebo effects" is a phrase used to dismiss confusing results, not to understand them.

In 1966 the clinical study “Homoeopathic versus placebo therapy of children with warts on the hands: a randomized, double-blind clinical trial.” tested the application of a homeopathic medicine against a placebo, in the treatment of warts. It found that, with regards to symptoms – homeopathic medicines worked slightly better than a placebo. Nine patients benefited from the homeopathic medicine, seven from the placebo. The study concluded: “There was no apparent difference between the effects of homeopathic therapy and placebo in children with common warts under the conditions of this study.” But the conclusion was marred a bit by the fact that the homeopathic treatment cured 20% of the patients warts.  The placebo cured 3.3 percent. According to medical science and statistics, the homeopathic medicine performed 'no better than a placebo'. Cures were ignored. Cure ignorance.
Thirty-two years later, in 1998, an almost identical study “A double-blind, controlled clinical trial of homeopathy and an analysis of lunar phases and postoperative outcome.” was completed. The wart portion repeated the 1966 study almost exactly. There were the exact same number of participants and with regards as to symptoms – the exact same result.  Homeopathic medicines produced shrinkage in nine of the patients, and the placebo produced shrinkage in seven of the patients. The homeopathic medicine performed slightly better than the placebo – in theory, no statistical difference. There was one significant difference between the two studies. The second study did not measure, did not count ‘cured’. The study parameters, apparently, did not include testing for cures. Cure ignorance enhanced, ensured consistent conclusions.
Why has modern medicine has struck 'cure' from the medical dictionary. Why are cures are no longer relevant. Is it because the 'other' medical systems produce more cures than conventional medicine. Could it be that studies of 'cures' are embarrassing to the modern medical system?
What should the science of medicine do in the face of this evidence? Fess up?  Attempt to understand?  Work to help the patient better next time? Try to learn from the experience, and do better? Collaborate, to produce a better medical system?
All of the above and more.
But what does conventional medicine do, when faced with a cure by a different medical paradigm?  First, it pleads ignorance.  After all, cured is not defined. Because cured is not defined, cured cannot be proven.  There was no cure. Maybe it was just a remission. There is only 'anecdotal evidence'. Anecdotal evidence is a mantra of a fractured system, not an attempt to understand.
Every cure is an anecdote.  Every cure is anecdotal evidence. Cures are case studies, not clinical studies. The vast majority of clinical studies don't define cured, don't test for cured, and as a result, cannot find cures.
The practices of modern medicine are fractured, adversarial, competitive and non-cooperative, neglecting and refusing to study and learn from the successes of others.
Actually, let's be honest, and grateful. Much of modern medicine works very well. Emergency medicine excels.  If you have a medical emergency, you go the the emergency department.  There are no 'alternative medicine' emergency departments.  In a medical emergency, medicine steps up and takes responsibility (and check, cash, credit card, or medical insurance, of course).
But when you are just sick, and there is no emergency, good luck.  Medical practice, with regards to non emergency medicine, has little science of cure, only science of 'treatment'. There is lip service to science. Clinical studies. But a close look at clinical studies reveals serious flaws.  The main failure of clinical studies is not hidden, but not obvious. What is 'not present' in most clinical studies: the word cure. Cure is only defined, in clinical studies, for diseases caused by parasites.  Clinical studies for antibiotics, antifungals, and antiviral medicines can use the word 'cure'. But, all clinical studies for diseases caused by a 'not parasite' cannot search for cures.
Conventional medicines and medical treatments MUST be approved by the government, and the government requires proof of effectiveness via clinical studies. But clinical studies cannot cure most diseases - by definition, because cured is not defined. And modern medicine is not pursuing cures for diabetes, heart disease, obesity, arthritis, and more. Clinical studies don't measure cures, they measure 'effects on symptoms' - a euphemism for 'not cures'. Most studies comparing conventional medicines to alternative medicines can be reduced to "which medicine does not cure better".
Clinical studies for cancer use linguistic trickery to avoid this issue, with the phrase 'cure rate'. Cure rate is defined as surviving with your disease.  There is no proof of cure, no test of cure, other than survival. If someone is cured of their cancer, there is no medical test to prove, nor to disprove the cure. What was previously counted as 'survival rate' has been renamed 'cure rate', because although 'cured' is not defined for cancer, 'cancer cure' is a huge fundraising mantra.
Most medicines cannot cure. Most medicines make no claim to cure.
This is the fracture line in modern medicine. Cure.
Any medical technique that cures, or claims to cure, is considered illegitimate. Modern medicine is not interested in learning from other medical practices, even when they produce positive results, even when they cure.
We need modern medicine to work for us all, for our health, not for themselves. We need a modern medicine that recognizes and celebrates successes by ALL medical practitioners celebrates successes of all patients, for all diseases. We need a medical system that measures cures, and gives credit for cures, irregardless of which type of doctor or medical system the cures come from.
to your health, tracy
Founder: Healthicine
Posted by Tracy Kolenchuk