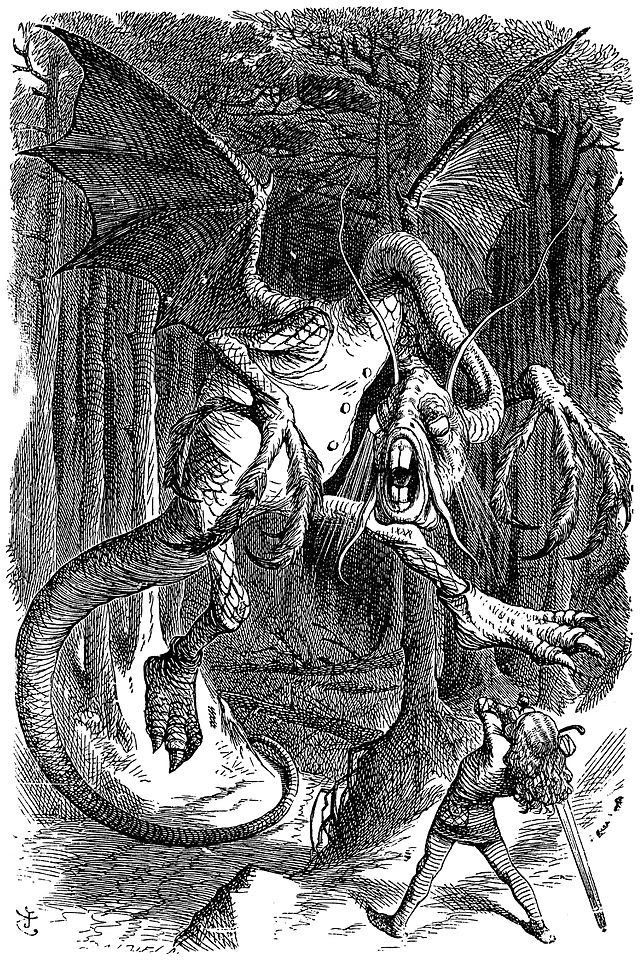 With apologies to Lewis Carroll although, we don't know, he might approve.

Beware the quack quack quack my son,
the laws they spite, sciences they hatch.
Beware the hate hate bird, and shun
The frumious band who snatch.

Lewis Carroll advises us to 'beware the Jabberwock and the Bandersnatch', which of course are not defined. Was he writing nonsense, or was he telling us to beware of nonsense?

Is a quack someone who sells 'false medicine'. Not just that. Merriam-Webster defines a quack as "one who makes false claims of identity or expertise" - not just medicines.

Does a quack know they are a quack. They are claiming to have expertise they do not have. Do they really think they have the required expertise, or are they simply lying, perhaps to sell a dubious product, and moving quickly to the new customer?  It doesn't matter. Both the idiot and the liar fit the definition of a quack.


A quack quack is someone who claims to see a quack, but is actually "making false claims of identity or expertise".

The name 'quackbuster' is used by a group of people who claim to 'busts' quacks, exposing their quackery. It's very easy for a quackbuster to be, or to become a quack, that is to say, a quack quack. How can  you tell if a quackbuster is just a quack quack? Check the width of their swath. And the number of quacks they find. The more quacks they find - the more likely they are quack quacks. If they find quacks everywhere, or if they find that everyone in a certain area is a quack - it's clear that their quackfinder is 'quacked'.

Tim Bolen, on QuackPotWatch.com advises us that the quackbuster's popular website Quackwatch.com is exactly that, a scam: 'North Americans have known, or suspected, for some time, that there has been an organized assault by a group, against companies, and practitioners, offering alternatives to the drugs/surgery paradigm. That group calls itself the"quackbusters," and they are a scam.'

According to Tim, Quackwatch is a collection of 'quack quacks' pretending to search for 'quacks'.

Wikipedia defines Quackery as the promotion of unproven or fraudulent medical practices. Suddenly 'quack' has been extended from "false claims", to "unproven". How did this happen? If you check Wiki's reference link you find - none other than - Quackwatch.com. Does quackwatch have right to redefine the word quack? Or are they making "false claims of expertise about quackery". Tim Bolen is right. Quackwatch is a 'quack quack', attempting to redefine quack to suit their organizational goals. Presenting their 'new', definition as if it was fact.

You might ask, what's wrong with that definition? Isn't it valid to add "unproven" to the list of 'quack' products? Absolutely not.

Historically, a medical quack is someone who sells 'quacksalve', a salve or potion that does not cure. The top 70 best selling medicines in 2013 do not cure, and if you check Drugs.Com, for example, you can easily confirm these facts. Take your time.  Are these drug manufacturers, and their salesmen 'quacks'? Or are they 'proven' because they are proven to treat 'symptoms', but proven to 'not cure' disease?

As Satoshi Kanazawa advises us, in his article: Common misconceptions about science I: “Scientific proof” in Phychology Today, 'Proofs exist only in mathematics and logic, not in science. Mathematics and logic are both closed, self-contained systems of propositions, whereas science is empirical and deals with nature as it exists. ',

Proof is for the courts of law, and for mathematicians. Proof is binary and absolute.  Proof does not exist in science. Science searches for answers to questions, knowing full well that those answers do not provide proof - they provide access to more important, more challenging questions. Science does not believe in "proof". Medical science does not believe in proof. Only quacks do.

Quackwatch is a quack about quacks.  Check their website, where it clearly says "Quackwatch is an international network of people who are concerned about health-related frauds, myths, fads, fallacies, and misconduct."

Quackwatch is not interested in science. Quackwatch is not interested in truth. They are not interested in facts. They do believe in proof, and even going so far as to have a post about "extraordinary proof". Proof does not exist in science, but quackwatch seems to think it is possible to find different gradations of proof. They are 'concerned about fraud, myths, fads, fallacies and misconduct'. Quackwatch spends all of their time searching for lies, documenting lies, reporting lies. Can you find the truth by searching for lies? No. You can only find lies. And Quackwatch has lots of them. They take this to extreme, with dozens of websites and pretend 'organizations' with similar goals - and a final result of total nonsense. The Quackwatch definition of 'quackery' is all over the map, using a well known sales technique called FUD (Fear, Uncertainty, and Doubt), designed to scare the client from actually investigating the details.  The final statement on their page "Quackery: How should it be defined?" says "All things considered, I find it most useful to define quackery as the promotion of unsubstantiated methods that lack a scientifically plausible rationale." Lots of big words, sound and fury, signifying nothing.

For example, their entry on Naturopathy, called 'naturowatch' says: 'Many naturopathic theories and practices are not based on the body of basic knowledge related to health, disease, and health care'. But on their mission page, 'Limks (sic) to Recommended Companies:' lists the book: Herbal Medicines, Third Edition - which if you drill down, claims to be written by 'distinguished contributors (who) hold doctorates in pharmacy, biochemistry, and naturopathy'. There are several congratulatory reviews of this book, by Quackwatch and their supporters.  I could only find one objective reviewer, who concluded with 'Essentially the book reads like a bad joke.'

Quackwatch is not interested in science, unless it supports their mission, to find 'quacks'. Science opposing their mission is labeled fraud, myths, fads, fallacies, and summarily dismissed. They have a quack hammer - and everything they see is a quack nail. They have a (faulty) 'quack detector' and everything they find is a 'quack'.  They are careful to never turn their quack detector on themselves. The proofs they present are proof, that they know nothing.

Quacks, and quack quacks, find proof by using a system of logic that is CLOSED. Arguing with a quack is nonsensical, resulting in circular conversations that never leave the closed system. The only difference in arguing with a quack quack, is that 'quack quacks' reach a higher level of nonsense, capturing more victims with their quackery.

Are there people who are accusing 'quack quacks' of quackery, using "false claims of identity or expertise".  Is Tim Bolen a quack quack quack? Am I one? Nope.

Tim Bolen does not offer 'proof' that quackwatch is a quack, he provides information, and clearly states, several times, "I believe". Tim Bolen does not need to argue with the 'proofs' presented by quackwatchers, he simply presents facts and his opinion. This is much closer to science than 'proof'.

I don't need to argue with Quackwatch either. You can read their mission yourself, and learn that they know everything, about everything. The whole thing. The big hole. Nothing. Zero.  Quackwatch is so dedicated to their that they claim all of the territory surrounding it as their proof. Anyone who claims to "understand it all" has found their God, not our science. Quackwatch claims to see it all - proving in those statements, how blind they actually are.

and have little more to say.  If you attempt to argue with them, the response will be more of the same:

Quacks are selling fake medicines, and either don't know what they are talking about, or are simply lying. They want your money - and as a result, you won't have money to buy a real medicine. The challenge is that all medicines are sold by salesmen, and all salesmen are prone to, shall we say 'exaggeration'. It's not trivial to beware of quacks. You need to do the work yourself - your government, the quack quacks and the quack quack quack quacks are not going to help you find your truth. Your freedom is not a door opened by someone else.

Quack Quack Quacks are not selling anything except their ego. They are quoting the quack quacks, trying to impress others with the strength of their knowledge, without actually doing any research themselves. The danger from quack quack quacks is that they unwittingly support the goals of quack quacks - to limit your freedoms.

Stand up for your Freedom to Think, to Act, to Choose

He took his vorpal sword in hand,
The vorpal blade went snicker-snack!
He left it dead, and with its head
He went galumphing back.